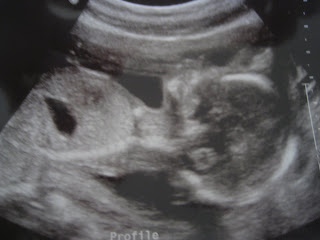 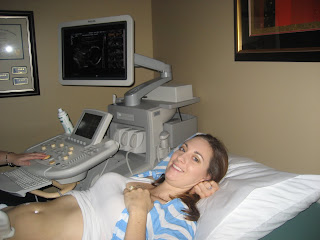 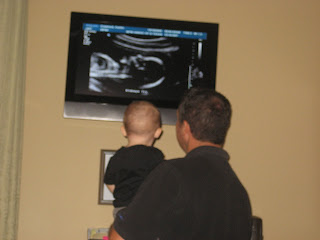 Well, the ultrasound yesterday confirmed it...we are indeed having a girl! We feel so blessed that the baby is healthy and that this pregnancy has been so smooth so far. I didn't want to discuss names before we knew the sex because I just plain didn't want to waste precious energy on brainstorming for the wrong sex, but now the debating can begin! Please refrain suggestioning money-related monikers; I can assure you we have heard them all and have decided firmly against any of them. :) Looking forward to buying lots of pink things!
Posted by Mick and Caitlin at 5:33 AM 3 comments: 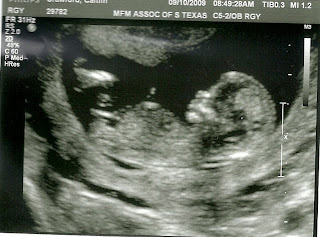 We had another ultrasound today and things are progressing well with the newest addition. The tech even ventured a guess as to the sex...let's just say, Cash's hand-me-downs may not come in handy for this baby. We'll have the next ultrasound in mid-October, but for now we've been given an 80% likelihood girl. We'll see...it's not time to decorate or buy pink items just yet!
Posted by Mick and Caitlin at 8:31 AM No comments:

Happy Birthday Cashman! We can't believe it's been a whole year!
Posted by Mick and Caitlin at 11:39 AM 1 comment:

It's been a busy summer!

So sorry for the almost two month hiatus in posting. As you can see from the over fifty photos I just posted, it's been a busy summer. Cash and I went to New Mexico in July to visit my Grandparents, followed two weeks later to a family vacation to Steamboat Springs, Colorado where the whole Anderson clan gathered to celebrate my other Grandparents' 80th birthdays.

We were also blessed to have the Flattery's come visit in early August and we got to celebrate the upcoming addition of their daughter with a virtual baby shower. It was great to have so many California friends in the "same room" again!

On the fourteenth, Mick and I celebrated five years of marriage. Wow! Five years and two kids later. Yup, I said TWO kids. We have another one due in mid-March. Hold onto your hats folks. And we thought this summer was crazy!
Posted by Mick and Caitlin at 7:50 PM 1 comment: 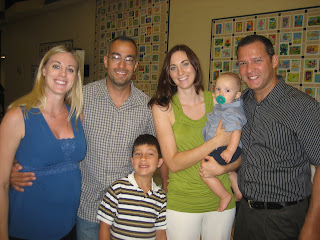 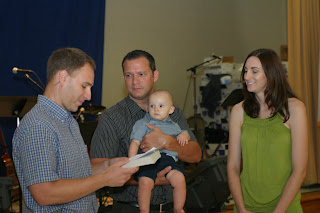 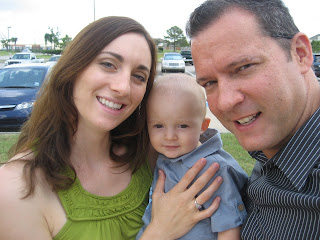 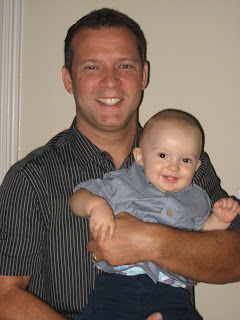 Yesterday, we had the priviledge of dedicating Cash at our church. It made Mick's first Father's Day so special that we could honor our Heavenly Father in that way. We had picked out the above scripture for Cash, as he has proven to be such a spread-er of joy, not only for us, but for others as well.
Posted by Mick and Caitlin at 12:36 PM 1 comment:

Here are some pictures from our trip to California a few weeks ago. We had such a great time with our friends, and especially with the Blands. We can't wait to go back!
Posted by Mick and Caitlin at 8:12 PM 1 comment: